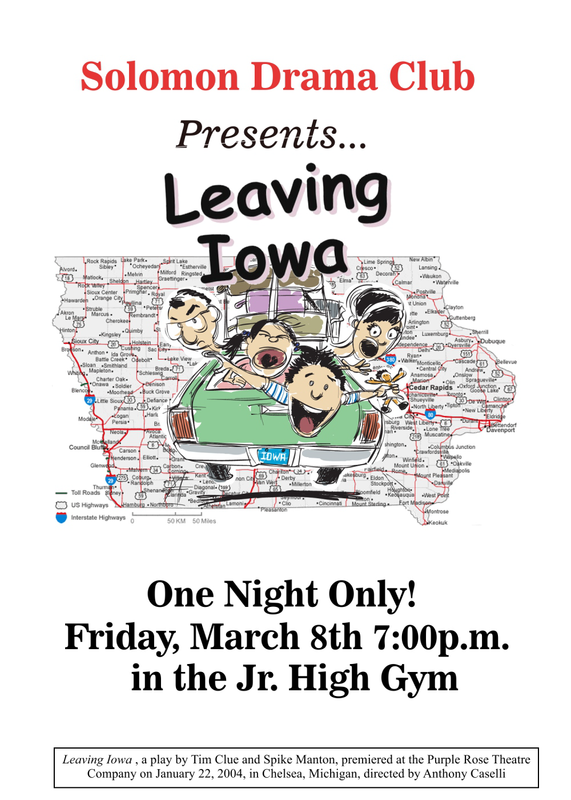 The Solomon Drama Club will be doing a live rendition of the play, “Leaving Iowa.”  It was originally written by Tim Clue and Spike Manton. The play premiered in Chelsea, Michigan on January 22, 2004. The club will be performing one night only, on March 8th at 7:00 pm. It will be held in the Junior High Gym.