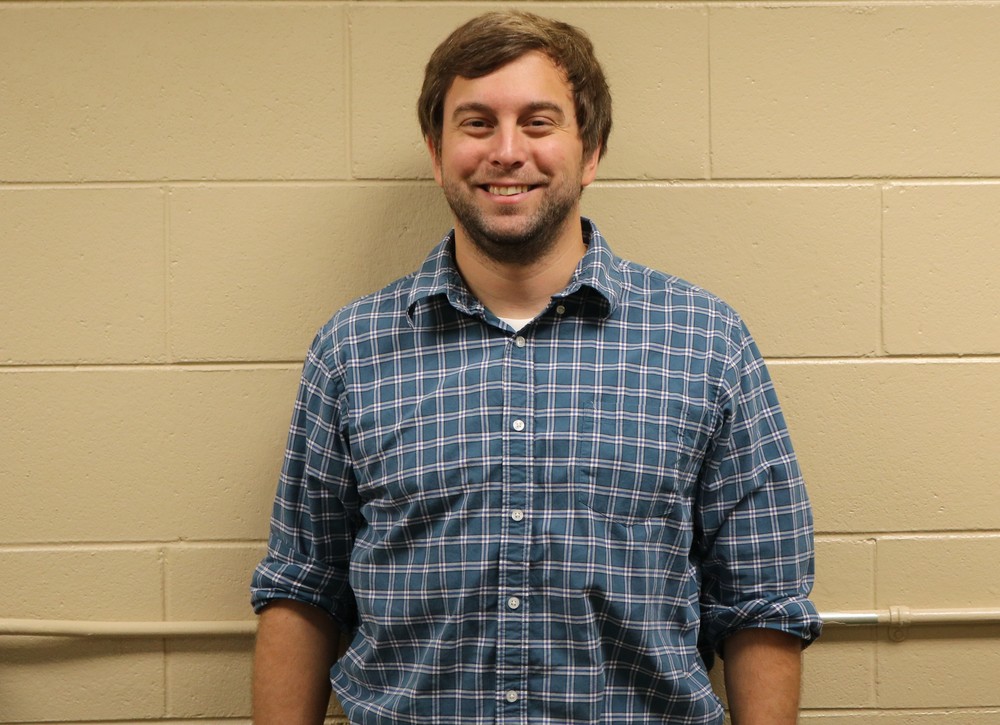 A Fresh Look at a Familiar Face

Most people associate Caleb Smith with music, but the multi-talented teacher was also a gifted track and field athlete who has transitioned his passions into a career.

Caleb Smith has been teaching at Solomon for eight years. He is a Solomon native and graduated in 2006.

“I grew up right here in Solomon,” Smith said.

Growing up here, he played many sports. Those included track, basketball, one year of football, and baseball in the summer. He also did cross country in Abilene because it wasn’t offered in Solomon at the time. In a couple of the sports he played, Smith went to state in those.

“I went to state in track and field for two years and cross country too,” he mentions. “I got seventh in the mile for track.”

After high school, he went to Allen Community College and Wichita State University which he graduated from in 2011. He stayed in Wichita for a while then he came back to Solomon to teach music, and to coach track and field.

“I’ve always been kind of a home-body,” Smith said. “I enjoy my time at Solomon. I wanted to be part of the music tradition here and I wanted to build it up.”

Smith has definitely built the music tradition up. You can hear the band at home football and basketball games and at various concerts.

All of this started from him wanting to be someone who teaches music. His inspiration came from many educators, but especially his first band teacher Mr. Weishaar.

“My first band teacher Mr. Weishaar got me super passionate about it. He was really funny and knew his instrument well,” said Smith. “Mr. Knopp and Mr. Montoya also were influential and both made impacts in high school here.”

Watching his students progress from day one to the end of the year keeps reminding him of why he wanted to teach music.

Growing up in a band led him to being a musician. He got to perform in some of New York’s premier venues. Smith has performed in Carnegie Hall--a stage that has been graced by the likes of the Beatles--and at Madison Square Garden, the same year Wichita State won the National Invitational Tournament. Performing in those places were huge accomplishments, but those are not his proudest accomplishments.

“My proudest accomplishment was achieving first chair in alto sax at Wichita State University,” he added.

All of his accomplishments and experience have definitely helped with the bands here. He looks forward to another successful year with all the different classes he teaches and returning to some normalcy.

“I’m excited about this year and excited to return to some normalcy. I’m looking forward to playing in areas that are conducive to instrumental music and seeing the ‘ah ha’ moments in students,” Smith said.

Smith will always continue to be a big influence. He has always been this way, ever since he first came here.

“In the eight years I have known Mr. Smith, he has developed into a teacher that can be counted on to support kids of all abilities and the band,” said Justin Coup, Superintendent of Solomon Schools. “He continues to be energetic today as he was eight years ago. He does an amazing job bringing back alumni to help on Fridays to show that gorilla spirit.”