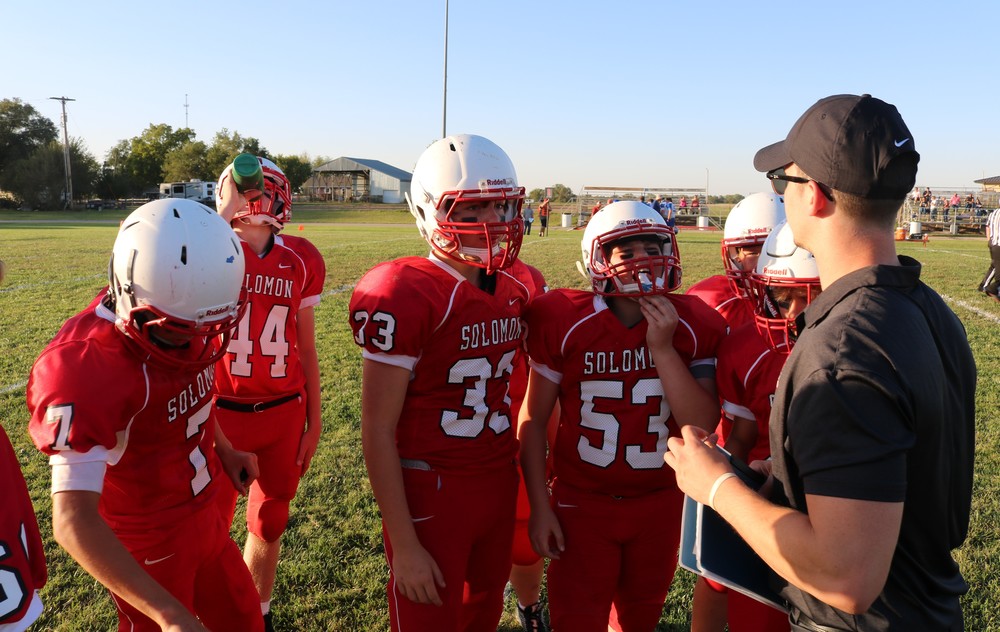 A solid end to the season

The Solomon Junior High football team ended their season last week and to assistant coach Luke Riordan it was a success.

“The season went well,” Riordan says. “We started out 0-2 and we turned it around and won four straight but ended with a loss.”

The Gorillas ended the season 4-3 but it was a big improvement from last year. It can be difficult to stay motivated coming off a tough season, but Coach Riordan doesn’t regret sticking with the sport.

“The boys, at the end of the day we’re all here for the boys,” he said. “As long as we can keep them positive and motivated, then it’s a lot easier for the coaches too.”

There were a few new faces for the team this year and this includes head coach Colton Spresser and assistant coach Austin Wolfe.

“They were both good, very knowledgeable, they both played college football and brought new things to the table that we haven’t done in the past,” said Riordan.

The coaches developed their players’ skills by doing drills that will get them ready for the high school level.

The athletes that stood out to the coaches this year were running back Ayden Olsen and quarterback Seth Pekarek.

“Ayden was our main scorer but Seth did a good job running the offense,” says Riordan.

Some of the biggest improvements over the season were 7th graders Reese Perry and Quinten Collins.

“They showed up and worked hard and they never complained,” he said.

For next season, Riordan is hoping that the coaches have laid the foundation for the team’s future.

“The expectation is to not start from ground zero with the younger kids, and to hit the ground running with the [upcoming] 8th graders from what they learned this year,” he said.

This year, the team ran more of a running game as opposed to a passing. At the end of the last game, though, they put 7th grader Jack Westhead at quarterback to get quality reps for next year and he threw it well. The team plans to stick with the run game next year, but to incorporate some passing as well.