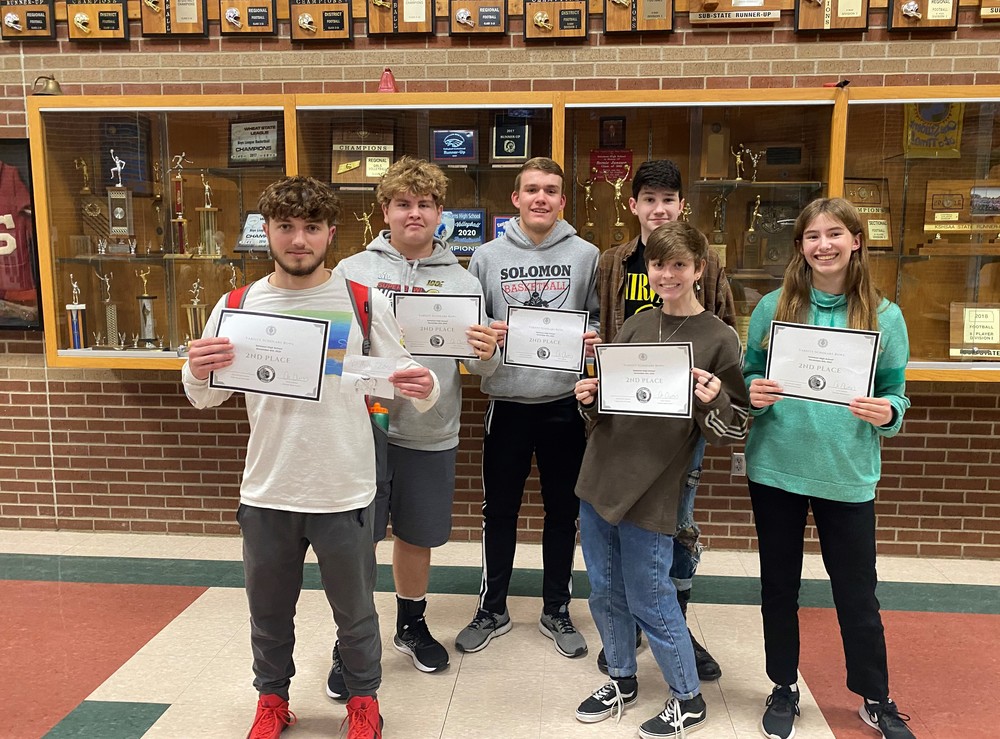 Scholars' are ballers too

That is correct! It’s another season for scholars’ bowl. Scholar’s bowl is a great activity that many people probably don’t know much about.

It’s good to have knowledge in these categories.

“It’s nice to have kind of a variety so for some teams, there’s people who are really good at science and then you can have somebody else who is really good at math,” stated Owen. “Every once in a while you get a student who is well rounded in all categories, but we almost always end up needing somebody with just any kind of knowledge so pop culture, language, math, etc.”

Typically, this team tends to do well in the science category.

“In general, we’ve always done well in the science category for all the years that I’ve been a coach,” said Owen. “Shoutout to Mr. Daily.”

This knowledge is shown through the competition at meets. These meets work where you compete head to head.

“The meets work where you compete head to head with another school and then usually whoever wins the most head to heads wins the tournament,” said Owen.

This may sound interesting and fun for some people. Well, it’s a good thing that anyone can participate.

This year, there is a student contract for people who want to participate in multiple activities.

“This year we even have a nice student contract with people who want to participate in more than one activity,” said Owen.

This is great because scholars’ bowl is fun. This is one of the reasons why Owen continues to coach.

“It really just comes down to the kids,” said Owen. “That’s why I think it’s fun. I like to be able to let them have an activity they can get involved in.”

That is also part of the reason why Owen likes scholars’ bowl.

“As the coach I like scholars’ bowl because I’m competitive and I like to win, but I also like to get to know the students on a level outside of school and it’s neat to see students who maybe aren’t always involved in activities find something that they can participate in,” said Owen.

As a student, though, the reasons for liking scholars’ bowl may be a bit different.

“I enjoy being smart and showing off,” said Colin Price, varsity team captain.

Even though there are different reasons for why people like scholars’ bowl, the activity is still rewarding.

“Scholars’ bowl is rewarding because you can get the immediate feedback of right or wrong, but you can also see the teams start to bond as they’re communicating with their answers and working together to beat another school,” said Owen.

The scholars’ bowl season has already started, but it will continue to be a fun activity that people can look to.