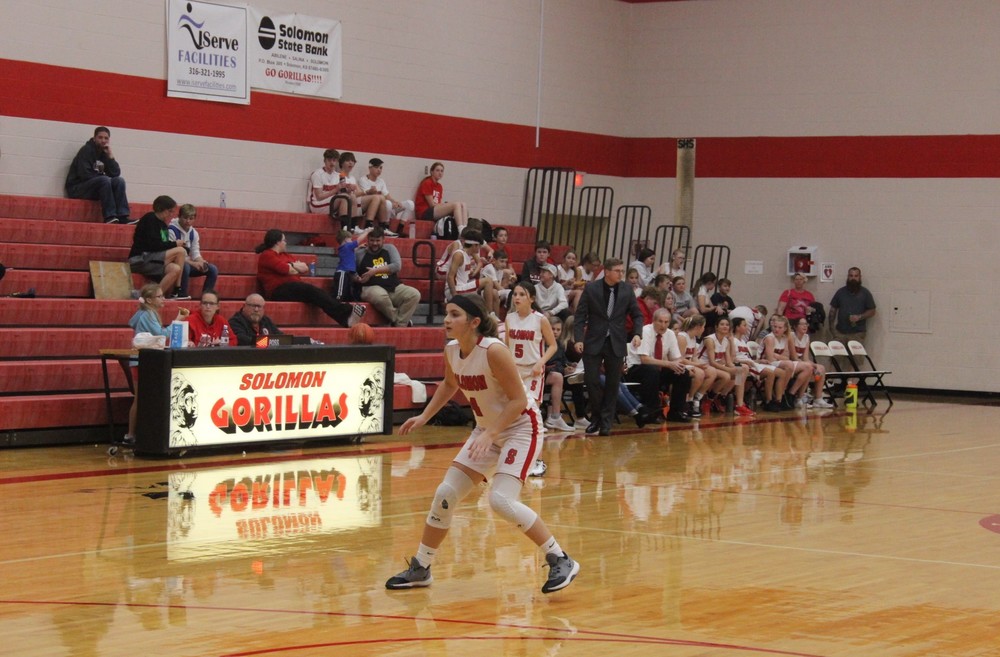 One team , one dream

The Junior High Girls Basketball team is ready to get their season rolling, and with many experienced 8th graders, they look forward to a successful season.

Head Coach Austin Wolfe said that in order to have a successful season, 8th graders like Raeann Cordell, Kilynne McCook, Callie Phillips, Kaylee Cook, and Payton Ballou will have to step up and lead the team with their experience and energy. With a new head coach it may take the girls time to get used to the new offense and defense they are running, but Wolfe has the confidence they’ll catch on.

The team has a massive 29 total girls out with two managers. With those numbers, the girls’ practice is full of energy and it can be difficult for the coaches to work with the girls on an individualized basis. Additionally, the hardest part of practice has to do with keeping the girls engaged.

“Staying focused at all times, we have a large number of girls out, so when we’re doing things like scrimmaging, you can only have 10 on the court so you have to control the other 20 on the sideline and keep them focused and getting their mental reps.” said Coach Wolfe.

Wolfe thinks that in order to have an admirable team, it takes a team that “gives a ton of effort, and never gives up no matter how a game, or practice may be going-- you just stick together and play as a team and play to the final whistle.”

Wolfe has always loved the game ever since he was a kid.

“I grew up playing with my siblings and cousins and I’ve always been around it,” Coach Wolfe has been coaching ever since he was a senior in high school, and last year, he was the head boys basketball coach down in south Texas. “I just fell in love will the game.”

To develop skill in their game Wolfe does a lot of drills that focus on ball handling, shooting, and basics of the game. Wolfe has already seen the “growth of the team and their willingness to lock in, buy in, and get better everyday,” and has already seen the improvement.  With the experience and leadership of the 8th graders, Wolfe and the team have high expectations and are ready to get their season going.

Photo by Kyle Ryan for Yearbook