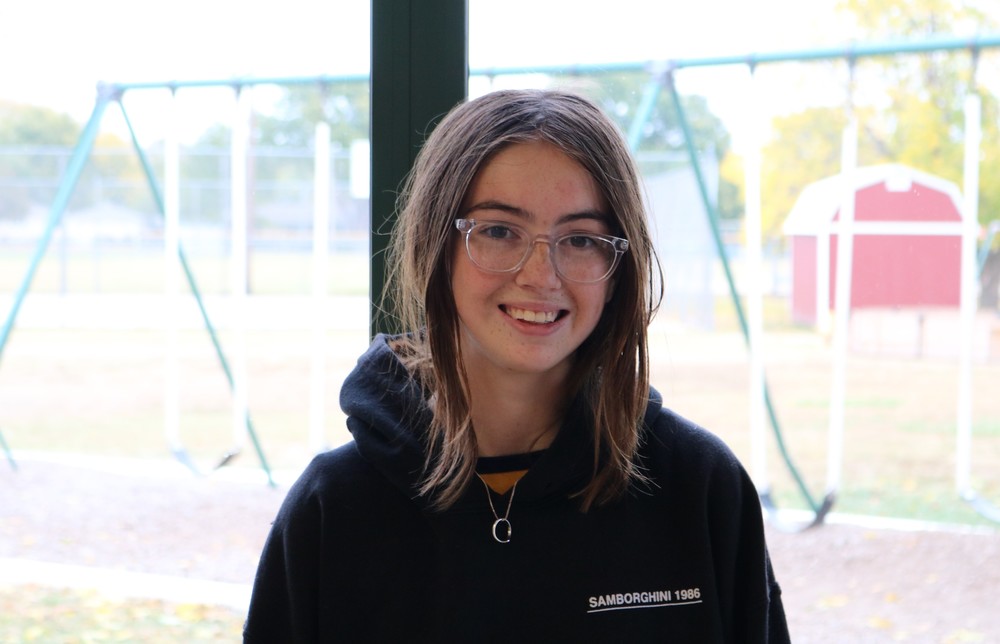 Kiera Smith is a difficult individual to interview. She is shy, doesn’t like the spotlight, or being the center of attention, but this year she has been running cross country.

Although she doesn’t like the spotlight, Kiera Smith has done exceptionally well running for Solomon High School’s cross country team.

She broke the school record and then broke it again. Now, she is going to state for Solomon.

“She started at 26:19 [for her time] at the first meet,” said Kjell Nordgren, cross country coach. “She set a school record at the second meet, then she broke it the following week, broke it again at league becoming league champ. She then broke it last week to get to state. Her time has dropped 4 minutes since the first meet.”

On the simplest level, Kiera runs to get better. At least, that was her motivation until her dad told her she would give her $100 if she ran the 5k in less than 22 minutes. Now she hasn’t won the bet quite yet--her fastest time is 23 minutes and 3 seconds--but if Kiera stays on track there is no doubt in anyone's mind that she can achieve her goal. And many believe in her ability.

“She is talented and a good worker, she is a fun person to run with,” Logan Hammersmith, a fellow cross country runner said. “I hope she continues to run cross country because she has a lot of potential.”

Kiera plans to run cross country all 4 years of high school. Her advice to next year's upcoming freshmen is to “just actually run during practice, don’t walk and talk.”

Kiera’s reaction to qualifying for state is quite underwhelming.

“It’s cool, I guess,” Kiera said about qualifying for state.

She may not seem as excited as you would expect but she is the first Solomon runner to go to state.

Kiera has excelled since the beginning of season.

“I am super excited for her and for SHS for Kiera to represent us at the state meet on Saturday,” said Nordgren. “This is a huge accomplishment for a runner, regardless of age, but especially for a freshman. Kiera has already proven herself to be an outstanding runner, and I am excited to see how well she can do moving forward.”