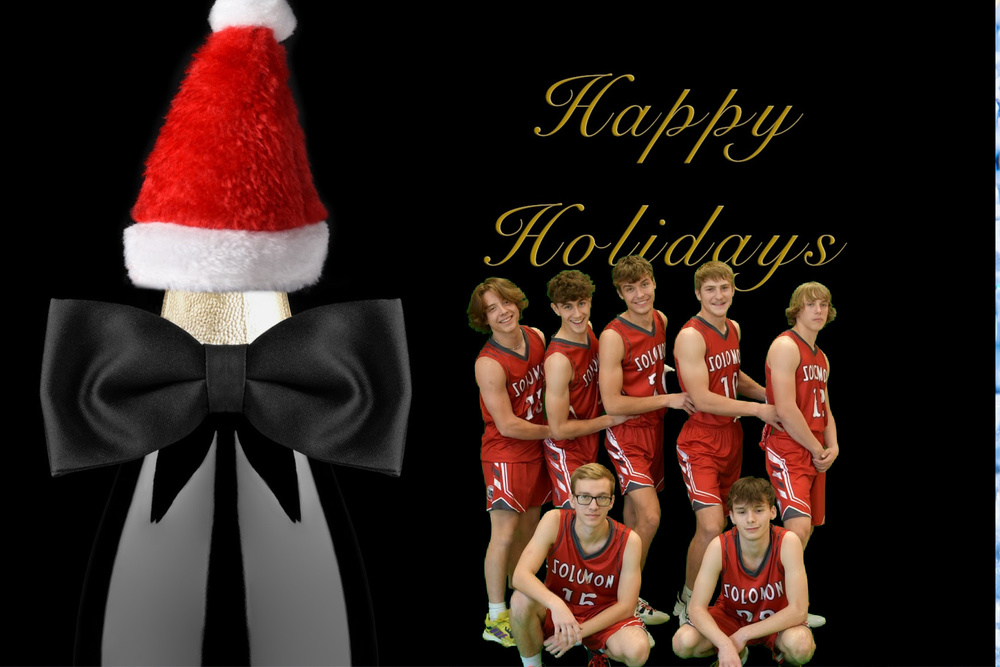 The new Solomon boys’ basketball coach, Kyler Stein, has begun developing an admirable team for the upcoming season, which starts on Friday with the team traveling to Burrton. For Stein, the word “team” has a meaning that extends beyond the basketball court.

“To me, it’s the bond that you create,” said Stein. “The time spent together in the weight room, in practice, running sprints, working your tails off and battling for the guy next to you creates that bond. I think it's very noticeable with teams that have that bond. They trust each other, they fight through adversity and they always have each other's back. I think that's what makes an admirable team.”

Luckily, having helped coach the boys during football season has helped Stein learn more about the boys as individuals.

“I learned a lot about each kid and the Solomon way from them and I’d be lost without that knowledge,” states Stein.

Being around the boys has taught Stein that the biggest challenge he will face is the battle of complacency, and being content with being good enough. Fortunately for Coach Stein, his assistant coach is experienced.

“In my experience, we have to try and have different focal points day in and day out,” said assistant coach Zach Douglas. “We must focus on a skill that needs to be improved so that we get better as a team each and every day. If we get to a point of being happy with where we are and lose the ambition to improve that could be when complacency sets in. With that said, we have a group of guys who are hungry to improve and achieve their goals for the season.”

The Solomon boys’ are a team full of versatile players and there is an incredible amount of potential there.

“We have guys that will be role players but the role they play is just as big and just as important as these other guys,” Stein said, “but they don’t always get the recognition they deserve.”

Stein wants to run a team that doesn't have just ‘one player,’ the team will only work if each individual does their own job. The team should have no trouble with individual players understanding their roles, because the entire varsity squad consists of returning players and there are seven seniors on the team. The experience and willingness to try new things has been beneficial to the team.

“It's always nice to have a senior heavy team from an experience standpoint but on the other hand it can also make change harder,” Douglas said. “We will need to change throughout the year to reach all of our goals. Continuing to do things as we have always done them won't achieve different results. I definitely think the seniors and rest of the team can accomplish the changes we are looking for. Early in the year they've been very open to changes we've been making within the program and we are very happy with their progress.”

Stein is looking forward to growing the team's brotherhood.

“I’m just excited for the journey to teach and lead young men in the right direction,” he said. “I have no doubt that I will learn something new each day and I hope that all the guys can say the same thing as well.”